KCU's esteemed faculty conducts research in a variety of fields from molecular and cellular biology to infectious diseases and biomechanics. Each faculty member has years of experience in research and is available for partnerships and student mentorship.

1. The Agbas’ lab is working on the development of a novel blood-based biomarkers for neurodegenerative diseases such as Alzheimer’s disease and ALS.

2. Mitochondrial respiration profile in Alzheimer’s disease and ALS as a potential biomarker

4. To explore a novel mechanism of motor neuron death in a genetic form of ALS in dogs termed canine degenerative myelopathy (DM). This research is continuing in collaboration with University of Missouri-Columbia researchers

Alternative splicing (AS) of mRNA plays an important role in vertebrate development and pathogenesis. However, the mechanisms that regulate AS are poorly understood. Our studies of gene processing in heart tissue from babies with congenital heart defects suggests that scaRNAs may contribute to their heart defect. Our observations, using human cell cultures clearly show that altering the expression level of small cajal body associated noncoding RNAs (scaRNAs) alters mRNA splicing. Furthermore, using zebrafish and quail embryos, we have shown that altering scaRNA expression levels in the embryo alters mRNA splicing and embryonic development.

We are also collaborating with biotech company, Likarda, in developing a stem cell based cure for Type 1 diabetes. In phase 1, Likarda is inducing pluripotent stem cells to differentiate into insulin producing cells. They will transplant these cells into companion animals. Our role is to evaluate multiple biomarkers as the cells differentiate to ensure that the process is proceeding as expected. Their business model is to do clinical trials in companion animals to demonstrate proof of concept prior to adapting the process for human application.

By utilizing animal models and cell culture, Dr. Konorev’s research is focused on the prevention of cardiac remodeling and progression of heart failure resulting from cancer chemotherapeutics. His team has made important contributions to the field of angiogenesis or the process of formation of new vascular networks in postnatal tissues. Dr. Konorev has identified targets for the antiangiogenic effect of doxorubicin and therapeutics to alleviate the antiangiogenic effects.

My research has shown that the antioxidant enzyme manganese superoxide dismutase protects quiescent normal human fibroblast regenerative capacity (chronological life span) by regulating mitochondrial reactive oxygen species and protecting mitochondrial morphology from age associated abnormalities. Dr. Sarsour work has evolved into examining the molecular mechanisms associated with oxidative stress during cellular aging and its effects on cancer progression. The scope of his current and future work is to understand how cellular redox status and reactive oxygen species regulate cell biology in human tissue and their effect on the microenvironment of diseased tissue.

Osteosarcoma (OS) is the most common form of bone cancer in pediatric populations.  Like many other human cancers, OS tumors frequently have mutations in the tumor suppressor p53.  P53, the most frequently mutated gene in human cancers, is known to slow cancer development.  Drugs that can selectively target tumor cells deficient in p53 are expected to be effective at treating pediatric cancers, including OS.  A high-throughput screen looking for compounds that could specifically kill p53-deficient cells identified several effective compounds including KU0171032.  Further work on KU0171032 indicated that it had in vivo efficacy and could inhibit OS tumor growth in mouse models.  Mechanistic studies with this compound showed that it affects p53- deficient cells by producing reactive oxygen species and by inhibiting ATM phosphorylation/DNA double- stranded break repair.

Targeted mechanistic studies are ongoing in the Iwakuma lab. The focus of this project is to screen for proteins that bind to KU0171032 on a proteome-wide level to identify the protein target(s) of   this compound and further elucidate its mechanism of action. This effort will be a collaboration of the CMRI Precision Therapeutics group with the lab of Dr. Tomoo Iwakuma. The approaches we intend to use for this project take advantage of the known effect of compound binding on protein stabilization to identify protein binding targets of small molecules. These methods include Thermal Proteome Profiling (TPP) and Stability of Proteins from Rates of Oxidation (SPROX).

In these approaches, proteomes are subjected to either thermal denaturation or hydrogen peroxide treatment with chemical denaturation in the absence or presence of a drug. The changes to the proteome are then measured using quantitative proteomics using our in-house Exploris  480 mass spectrometer.  Individual proteins that are stabilized in a drug-dependent fashion are candidate targets of the drug. The mechanistic role of proteins that bind to KU0171032 can then be studied in p53- deficient cell lines using pre-existing cell-based assays.  This work has the potential to identify novel protein targets for selectively killing p53-deficient cancer cells.

Robert White, PhD
Dean of the College of Biosciences, Professor of Molecular Biology and Medical Genetics

My lab has been developing a novel therapy to treat DMD, a lethal muscle degeneration disease commonly found in boys for which there is no cure and is caused by the lack of a muscle protein called dystrophin. Expression of a protein from the eye (retinal dystrophin) in DMD model mice by a transgene cures the mice of their disease which includes severe muscle degeneration accompanied by loss of limb movement and early death. Our next goal is to move from the lab bench to the bedside of patients. We are identifying the promoter of the retinal dystrophin as a first step in identifying drugs which will induce its expression in muscle. The genetic machinery to make eye dystrophin in muscle in present in many DMD patients but is not used because it is not retinal tissue. Our long range goal is to find drug(s) that induce expression of eye dystrophin from its promoter in muscle as a cure for DMD.

(1) Iron overloading is a debilitating disease which can occur in a genetic disease (Hereditary Hemochromatosis) or in blood transfusion-dependent diseases such as beta-thalassemia and sickle cell disease. Iron overloading can lead to heart, kidney and pancreatic disease which presents as severe morbidity. The treatment for this disease is using iron-chelating drugs for which patient compliance is low. Hemochromatosis patients are treated by bloodletting as this is the only method by which treatment can remove iron from the body. Our lab has a mouse mutant that excretes 100X more iron in urine and, when mated to hemochromatosis model mice, can prevent iron overloading. Our study is to identify the mechanism and pharmaceutical targets to induce this urinary iron excretion to treat patients with iron overload. 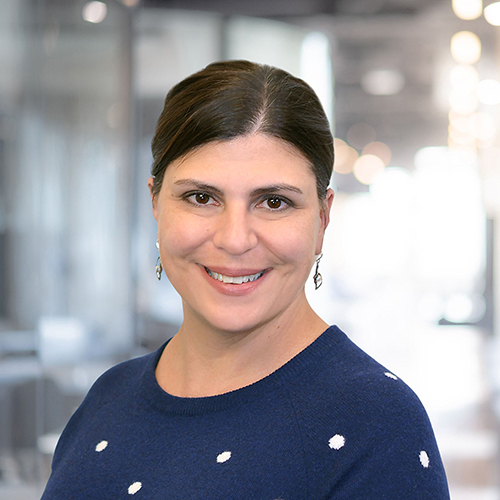 Dr. Fugate studies emotion perception and is trained in the cognitive underpinnings of how people construct emotion through their language (Ph.D., Emory University, 2008).  Dr. Fugate directs the ABLE (affective, behavior, learning and embodiment) lab for able mind and body: https://fugatejennifer.wordpress.com/. She has three major lines of research:

The Effect of Emotion Words on Varying Levels of Cognitive Processing
In this line of research, my students and I show how emotion words influence emotion perception, at various levels of cognitive processing (e.g., labeling, perceptual memory, visual awareness). In different experimental paradigms, we change access to emotion words to test how such words affect people’s abilities to perceive emotions from faces. Specifically, emotion words actively determine not only how subsequent information will be processed, but also whether it will be processed at all.

In this line of research, my students and I train people to learn new, more nuanced emotion words to become more precise with their emotional language. As a result, people show more adaptive emotion perception and improved emotional well-being.

Embodied Cognition in the Classroom and Teaching Research Skills

The goal of this research is to improve student learning by understanding embodied cognition as it can be applied in the classroom. Together with my colleague at the University of Massachusetts, we have developed a novel framework for translating embodied cognitive principles to classroom learning. In our most recent academic endeavor, we co-edited a book on embodied learning in the classroom across disciplinary fields. We feature our work and related work from our colleagues on the following site: https://embodiedcognitionandlearning.com/ . 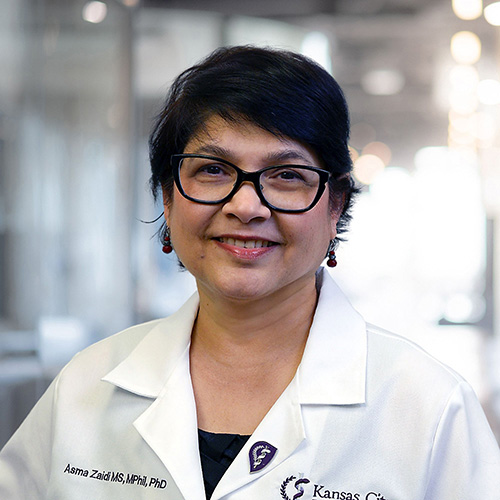 Dr. Zaidi has identified that the plasma membrane Ca2+-ATPase (PMCA) plays a critical role in DA neuron degeneration in PD. Utilizing human postmortem tissue, cell culture and mouse models of PD, she has shown that aging and exposure to neurotoxins lowers endogenous levels/activity of the PMCA 2 in the substantia nigra, and the inactivation of this calcium transporting enzyme causes selective cell death of dopaminergic neurons in PD. This work is focused in translational research as it defines potential sites for pathological failure and therapeutic intervention in PD. 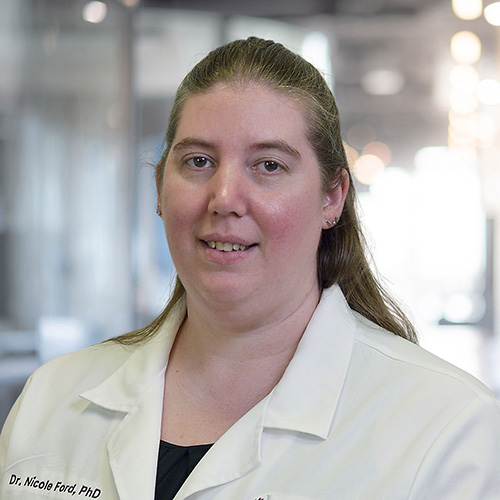 Diatom Genetic Engineering.Covered in silica shells (frustules), marine and/or brackish-water diatoms have great potential in a variety of fields such as biofuel production, delivery of cancer chemotherapeutics, and biosensors. Yet the very feature that makes them so attractive from a materials standpoint (i.e., their silica frustules), also makes them notoriously difficult to genetically modify. Recently, however, a new method for transforming diatoms was developed. Interspecies conjugation with bacteria is an affordable, rapid, and high-efficiency method of introducing DNA plasmids into diatoms that holds the potential to revolutionize the field of diatom biology.

By transforming a plasmid containing a gene fusion between a silica-targeted protein and a functional protein of interest, the diatom frustule can be functionalized for a specific task (such as sensing, delivery, sequestration, remediation, etc.). Our current focus is to develop biosensors for various pathogenic agents (e.g., anthrax) using the diatom Thalassiosira pseudonana. Once the diatoms are engineered to express the biosensor protein in their frustules, the cultures could be scaled up to industrial levels - thereby creating an affordable green source of biosensors immobilized in silica.

DNA-Intercalating Chemicals. Evolution and disease are both driven by DNA mutations. Certain small molecules can cause DNA damage by inserting themselves between and forming covalent adducts with neighboring DNA base pairs. Cells view these adducts as DNA damage, yet their repair is inherently error-prone. Therefore, repair of the damage from intercalating chemicals often results in DNA mutation.

Specific rules for productive intercalation and adduct formation are not fully elucidated despite decades, if not centuries, of use and/or exposure to these chemicals. For example, medicinal uses of Psoralens have been reported for millennia, and 8-methoxypsoralen currently is used in conjunction with UVA light (PUVA treatment) for many dermatological ailments.

Understanding whether specific gene sequences could be targeted and subsequently mutated due to psoralen photoadduct formation would help to predict the long-term side effects of these treatments. In addition to Psoralens, some other interesting examples of intercalating chemicals are: DNA alkylating agents used as cancer chemotherapeutics (e.g., mitomycin C and daunomycin) or the mutagenic agents from automobile exhaust (nitropyrenes) and cigarette smoke (benzo[a]pyrene diol epoxides).